TouchWood Titles Shortlisted for Prestigious Book Prizes in BC and Alberta

TouchWood Editions is pleased to announce that The E. J. Hughes Book of Boats by Robert Amos and Orphans of Empire by Grant Buday have been shortlisted for the 2021 BC and Yukon Book Prizes. The shortlist announcement was made April 8 and the winners will be announced at their awards gala on September 18.

There’s more! Always Brave, Sometimes Kind by Katie Bickell has been shortlisted for the Alberta Writers’ Guild George Bugnet Award for Fiction. The shortlist announcement was made April 8 and the winner will be announced in mid-June. 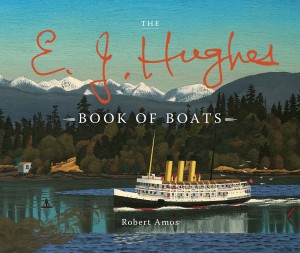 Also shortlisted in this category are On the Cusp of Contact by Jean Barman, Raven Squawk, Orca Squeak by Robert Budd and Roy Henry Vickers, Primary Obsessions by Charles Demers, and Vancouver Exposed by Eve Lazarus. The winning publisher and author will receive $3,000 to share between them. 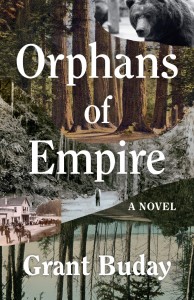 Orphans of Empire by Grant Buday has been shortlisted for the Roderick Haig-Brown Regional Prize, which recognizes the author of the book that contributes most to the enjoyment and understanding of BC. In Orphans of Empire three intertwining stories converge at the site of the New Brighton Hotel in the Burrard Inlet detailing the lives of people helping to establish what is now British Columbia. Buday says, “In these trying times it is reassuring that BC publishing perseveres and gratifying to be part of such a rich tradition.”

Also shortlisted for this prize are British Columbia in Flames by Claudia Cornwall, Kwanlin Dün: Dă Kwăndur Ghày Ghàkwadîndur—Our Story in Our Words by Kwanlin Dün First Nation, Following the Good River by Briony Penn with Cecil Paul, and The Diary of Dukesang Wong. The winning author will receive $3,000. 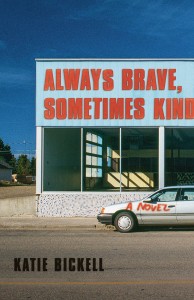 Always Brave, Sometimes Kind by Katie Bickell has been shortlisted for the Alberta Writers’ Guild George Bugnet Award for Fiction, which recognizes a novel or collection of short fiction by an Alberta author. Katie Bickell’s debut, set in rural and urban Alberta, shows the connections between communities. The author says, “I’m so excited that Always Brave, Sometimes Kind has placed for the George Bugnet Fiction Award. Twenty-twenty was a wild year in many ways, but it was nothing but outstanding for Western Canadian literature. I’m proud to represent Alberta in my work and I am so grateful to stand in the company of our province’s talented storytellers: all forever brave, kind, and excellent.”

Also shortlisted are The Finder by Will Ferguson and …And This Is The Cure by Annette Lapointe.