TouchWood Editions is excited to announce that two of our books have been shortlisted for the 2022 Taste Canada Awards, both in the Culinary Narrative category. The announcement was made on June 15 and the finalists will be announced November 7. 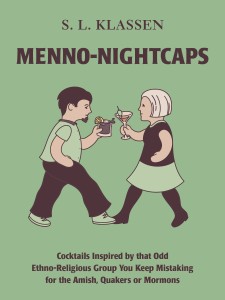 S. L. Klassen’s humorous and historically edifying Mennonite-themed cocktail book Menno-Nightcaps is one of five books nominated in the Culinary Narrative category. This is Klassen’s first award nomination and is thrilled to be shortlisted. She says, “I had so much fun writing the book,” and adds that she hopes the nomination means that “the judges are seeing some of the fun and funny when Mennonite history is paired with punny cocktails.” A truly hilarious historian, and a proper Mennonite, Klassen concludes, “If my Mennonite heritage did not demand that I be humble, I’d say I was proud of this recognition for the new world of Mennonite mixology.” 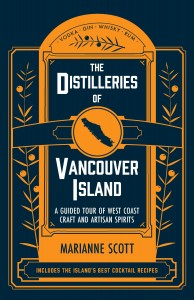 Also shortlisted for the first time, author Marianne Scott is not only delighted for herself, but for the “group of daring entrepreneurs unbound by traditional liquor-making rules who are fashioning vodkas, gins, whiskies and liqueurs with their own unique characteristics.” Her book, The Distilleries of Vancouver Island, highlights the origin stories and the evolution of the 21 craft and artisan distillers on Vancouver Island and the Gulf Islands.