From Foraging to Feasting

“Thorough and intense . . . A fully referenced field guide [for foraging mushrooms] and a collection of utterly delicious recipes, it’s destined to be a classic.” —Anita Stewart, Founder of Cuisine Canada

Shortlisted for a 2014 Taste Canada Award, this comprehensive cookbook and expert guide will expand your culinary knowledge of wild and cultivated mushrooms.

Foraging for mushrooms is a seasonal pursuit that can be done in large groups or in peaceful solitude. Spring brings the promise of morels, late summer bears the first chanterelles, and autumn welcomes an explosion of mushrooms. In this illuminating handbook on all things fungi, Bill Jones, an acknowledged expert in the field of wild foods, explains in great detail how to safely forage for mushrooms, what to look for in markets and grocery stores, and how to effectively grow your own.

But what do you do with your bounty once you arrive back at home? Jones, also a celebrated chef, presents more than 120 delicious recipes for basic pantry preparations, soups, salads, meats, seafood, and vegetable dishes such as Truffle Potato Croquettes; Mushroom Pate; Porcini Naan; Semolina Mushroom Cake; Beef Tenderloin and Oyster Mushroom Carpaccio; Curried Mushroom and Coconut Bisque. With The Deerholme Mushroom Book, the essential guide to edible mushrooms, you’ll gain insight into the medicinal and cultural uses of mushrooms, and reap the health benefits of simple, unprocessed food.

Bill Jones is a renowned, French-trained chef based on Deerholme Farm in the Cowichan Valley, British Columbia. He is the author of ten cookbooks and winner of two world cookbook awards. His writing has appeared in numerous publications, including the New York Times, Gourmet, Bon Appetit, Saveur, and Harrowsmith. An acknowledged expert on wild foods and foraging, Bill has a keen respect for local First Nations ethnobotany and culture. He is an accomplished cooking instructor and a passionate supporter of local food communities, and is a founding member of FarmFolk/CityFolk and SlowFood Vancouver Island and a key organizer of the second Canadian Chefs' Congress held in BC in 2010. His consulting company, Magnetic North Cuisine, is active in all areas of local food production, marketing, and development. Please visit Bill online at deerholme.com. 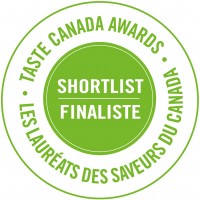 “What a book! I love it—mainly because it’s as thorough and intense as the man himself. A fully referenced field guide and a collection of utterly delicious recipes, it’s destined to be a classic.” —Anita Stewart, Culinary Activist, Author, Founder of Cuisine Canada

The Deerholme Mushroom Book is packed with things Jones has learned about mushrooms, including concise information on foraging and harvesting, such as preferred varieties, when to pick and, very importantly, planning a safe outing.” —Times Colonist

“The Deerholme Mushroom Book is good in an epic way.” —January Magazine

“The Deerholme Mushroom Book has earned a premier place in my kitchen collection of cookbooks.” —The Mycophile