A robust and inspiring travel companion for both local and visiting food-lovers alike that reveals the stories, inspiration, and friendly faces of the people who craft great food in Saskatchewan.

From the province’s southern grain fields to its northern boreal forests, from its city markets to its small-town diners, Saskatchewan is the humble heartland of some of the nation’s most delicious food.

Author Jenn Sharp and photographer Richard Marjan spent four months travelling Saskatchewan, chatting at market stalls, in kitchens, bottling sheds, and stockrooms. Flat Out Delicious is the culmination of interviews with small-scale farmers and city gardeners, beekeepers and chocolatiers, ranchers, chefs, and winemakers. Together they tell the story of Saskatchewan’s unique food systems.

The journey is organized into seven regions (including a chapter each for restaurant hotbeds Regina and Saskatoon), with essays that delve deeper—into traditional Indigenous moose hunts, wild rice farming in the remote north, and berry picking in the south. There are profiles of over 150 artisans, along with detailed maps, travel tips, and stunning photography, making the book the ideal companion for a road trip that involves plenty of stopping to eat along the way.

You’ll meet a lettuce-grower who left a career in the city, and the small-town grad who worked his way up in the Saskatoon restaurant world; couples who are the first in their families to raise livestock, alongside new generations maintaining century-old operations. Whether you’re visiting for the first time or are Saskatchewan born and bred, prepare to be surprised by the abundance of personalities and culinary experiences to be found here in the land of living skies.

Jenn Sharp is a writer based in Saskatoon. She was a features writer, columnist, and editor at the Saskatoon StarPhoenix for five years. Today, her Flat Out Food column runs in the StarPhoenix and the Regina Leader-Post. She's a regular contributor to CBC Saskatchewan and Eat North. Her work has appeared in the Globe and Mail and numerous other Canadian publications.

Richard Marjan first picked up a camera when he was ten and has loved everything about taking pictures ever since. After thirty-five years as a photojournalist at the Saskatoon StarPhoenix, he's now retired and does occasional freelance photography. He's won several photography awards from the Canadian Press, and his work has appeared in Canadian Geographic, the New York Times, and the Globe and Mail. 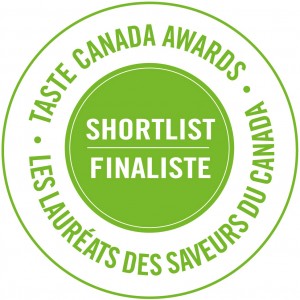 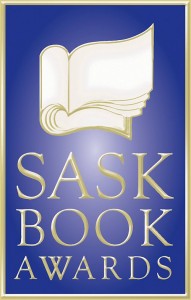 “In the middle of the Canadian Prairies, a movement away from export agriculture and toward artisanal food production inspired by a connection with the land is gaining momentum. Journalist and Saskatchewan farm kid Jenn Sharp has devoted herself to giving a voice to food artisans, including traditional food harvesters, farmers, chefs, and food activists.” —Slow Food Canada

“Saskatchewan as a hidden culinary gem in Canada’s food landscape? No more. Jenn Sharp serves up the stories of the province’s best food and drink artisans at the perfect time.” —Jennifer Cockrall-King, award-winning author of Food Artisans of the Okanagan and founder of the Okanagan Food and Wine Writers Workshop

“A comprehensive handbook to the vibrant local food systems in [Saskatchewan] . . . a triumph.” —Saskatoon StarPhoenix

“Jenn Sharp’s new book, Flat Out Delicious: Your Definitive Guide to Saskatchewan’s Food Artisans, will be finding its way into the glove boxes and consoles of many vehicles heading out on the highway this summer. Along with sunblock and water bottles, this guide to good eating in Saskatchewan is destined to be an essential element of every road trip.” —Prairie Books NOW

“It’s all about reconnecting with food, farms, and the diverse land of our province.” —Sam Maciag, CBC Saskatchewan News