An exciting debut novel told in connected short stories that captures the diverse and complicated networks of people who stretch our communities—sometimes farther than we know.

Set in the cities, reserves, and rural reaches of Alberta, Katie Bickell’s debut novel is told in a series of stories that span the years from 1990 to 2016, through cycles of boom and bust in the oil fields, government budget cuts and workers rights policies, the rising opioid crisis, and the intersecting lives of people whose communities sometimes stretch farther than they know.

We meet a teenage runaway who goes into labour at the West Edmonton Mall, a doctor managing hospital overflow in a time of healthcare cutbacks, a broke dad making extra pay through a phone sex line, a young musician who dreams of fame beyond the reserve, and a dedicated hockey mom grappling with sense of self when she’s no longer needed—or welcome—at the rink.

Always Brave, Sometimes Kind captures a network of friends, caregivers, in-laws, and near misses, with each character’s life coming into greater focus as we learn more about the people around them. Tracing alliances and betrayals from different perspectives over decades, Bickell writes an ode to home and community that is both warm and gritty, well-defined and utterly complicated.

Katie Bickell emigrated from England to northern Alberta in 1990. Her fiction has been published in the Tahoma Literary Review and Alberta Views and her essays have appeared in WestWord Magazine, HERizons Magazine, and on The Temper. Chapters from Always Brave, Sometimes Kind have received the Alberta Literary Award’s Howard O’Hagan for Short Story, the Writers Guild of Alberta’s Emerging Writer Award, and won the Alberta Views Fiction Prize. Katie lives in Sherwood Park, Alberta, just outside of Edmonton. 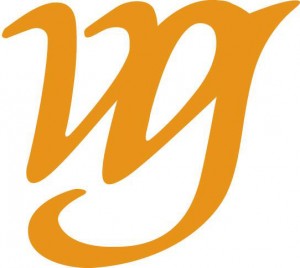 Winner of the 2021 Alberta Literary Awards’ Georges Bugnet Award for Fiction
“This is a beautiful, character-driven exploration of contemporary life in Alberta. Katie Bickell shows her sophisticated skill as a writer by writing convincingly from multiple points-of-view and in constructing chapters that work as a novel and can be read as stand-alone stories. The prose itself sings. Always Brave, Sometimes Kind is a gritty love letter to the province as a place to call home.” —Jury for the Georges Bugnet Award for Fiction

“Always Brave, Sometimes Kind is forever beautiful. Bickell’s debut is a loving portrait of the people that you think you know, but don’t really, and who feel even more familiar thanks to her accurate map of one city’s past, politics, and pulse.” —Omar Mouallem, award-winning author, journalist, filmmaker

“Vivid and compelling . . . We need writers like Bickell to remind us of the injustices that lie outside our personal experience, and to prod us to take action to remedy them.” —Orca

“A jigsaw puzzle of a novel that appeals to my social justice warrior self. . . Righting historic wrongs is a theme that left me with a hopeful feeling after I finished reading Always Brave, Sometimes Kind.” —Lindy Pratch, Shadow Giller reviewer

“You know when you see a beautiful painting filled with colour, light and shadow, every intricacy a carefully considered piece of the whole picture? I love books with the same rich tones and purposeful choices, like Always Brave, Sometimes Kind. The novel is a series of character-driven interconnected stories that will leave you with the familiar feeling of serendipity that comes with the strange and sometimes turbulent connections we experience in our own lives. With snapshots of the cultural realities of Northern Alberta from the past three decades, it’s a Canadian must-read. I devoured it like a Tim Horton’s maple-glazed.” —Heidi Klassen, @hyde_in_plain_sight

“In the tradition of Jennifer Egan’s A Visit from the Goon Squad, Katie Bickell presents Always Brave, Sometimes Kind—a collection of tight and insightful short stories that come together with the impact of a fully realized novel. The city of Edmonton works to unite the diverse characters and narratives as Bickell offers a deep meditation on the theme of loss, particularly in relation to 60s scoop, missing and  murdered Indigenous women, homelessness, drug addiction, and heartbreak. Readers will fall in love with these beautifully written characters as they persist in their attempts to be brave and kind in the face of harrowing obstacles. Always Brave, Sometimes Kind is a stirring call to courage from a bright new talent.” —Angie Abdou, as reviewed on Daybreak Alberta

Evoking empathy in readers, many of Always Brave, Sometimes Kind’s nuanced stories feature caregivers who are forced to make difficult decisions to protect or support those they love. It traces the experiences of characters, who appear again and again in multiple stories over multiple decades, revealing an intricate network of Albertans simply trying to do their best despite great loss. There’s little extraordinary about the stories that populate Always Brave, Sometimes Kind, and that’s what makes it powerful. It reminds of us of the interconnectedness of our lives and the ordinary people lost to government inaction. Above all, it’s a book about the resilience of people and communities, bringing to life the age-old adage that “the personal is political.” —Room

“Looking for some light entertainment reading with a smash of unusual characters in a somehow familiar setting? Then look no further because you will find that and more in Katie Bickell’s debut novel: Always Brave, Sometimes Kind. . . I would recommend this book to anyone who enjoys the nostalgia of the past couple of decades that is directly related to Alberta, and to anyone who enjoys stories of a personal nature. I should also note that this book addresses some issues that Albertans, both government and citizens, need to work on. I believe that the writing is a clever way to bring attention to those issues. Even though this is a work of fiction, it is also a set of parables for our province.” —Brutal Reality Digest

“An excellent collection of linked short stories . . . Bickell treats all her characters, regardless of their imperfections, with respect, and shows us ways—big, small, barely perceptible—that humans are capable of being brave and kind. And also, not so much.” —Alberta Views

“Always Brave, Sometimes Kind by Katie Bickell is a poignant collection of interconnected snapshots of northern Alberta life. It sucks the reader into a world both familiar and alien, depending on the reader’s lived experience . . . addictive.” —Lakeside Leader

“A wonderful collection of connected short stories about people and the community around them.” —Audrey’s Books, Edmonton