At Home with Scott Messenger

These days, stuck at home wondering about, well, the future in general, I’m finding comfort in the words of a particularly revered and inspiring author.

I’m not talking about Deepak Chopra or Paulo Coelho or the likes of the Dalai Lama. Instead, I’ve been looking to Charlie Papazian, author of The Complete Joy of Homebrewing—essentially the bible of the craft of homemade beer. That book, it could be said, ultimately gave rise to entire business communities across North America, such as the one I wrote about in my forthcoming book, Tapping the West: How Alberta’s Craft Beer Industry Bubbled Out of an Economy Gone Flat.

One line which pops up repeatedly in Papazian’s breezy manual sticks in my mind: “Relax. Don’t worry. Have a homebrew.”

I don’t mean to downplay the seriousness of the pandemic. It’s changed everything for everyone. For me, it’s turned my day job as a communications specialist at a post-secondary institute into a work-from-home night job, the hours shifted so that my kids have someone to hang out with during the day and who might attempt to further their education (God help them) despite the school closures.

Nor do I mean to suggest that beer is the answer at times like these (though, now and then, it is). But, for me, homebrewing helps answer a tough question. Other than raiding the toilet paper aisle, are there things we can do right now to take care of ourselves? What aspects of life can we still control in the time of COVID-19? 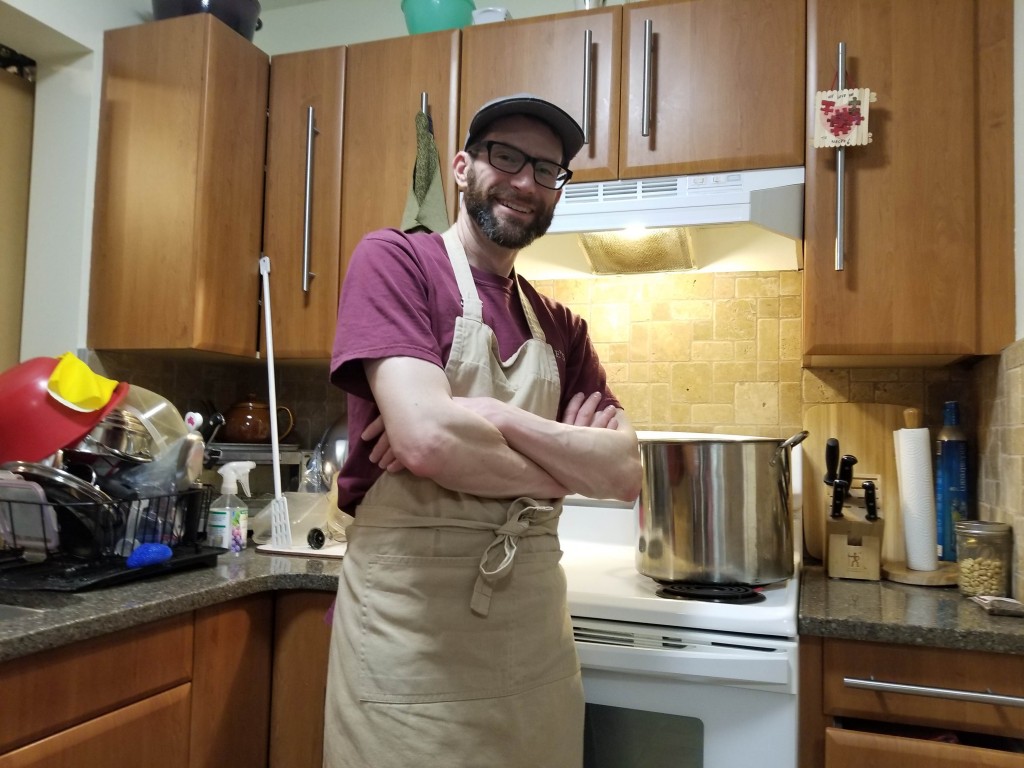 Homebrewing isn’t exactly a way to take care of oneself (regardless of the fact that the best liquor stores are switching to online sales and the brewery taprooms are closed). And it will help my family only because losing myself in the process of milling grain and boiling wort boosts my mood. But homebrewing is a powerful symbol of potential. From handfuls of barley I can produce—nay, provide—glasses full of beer. So, though there aren’t many spare moments these days, I devote some of them to occasionally brewing up a crisp pale ale or a rich dark stout. The beer is an obvious reward, but just as valuable is the feeling of self-sufficiency that comes of brewing. Incredibly, I am capable of … something. This makes the question “of what else?” open-ended. And if that applies to me, it quite certainly applies to anyone. We have it in us to learn during times like these. 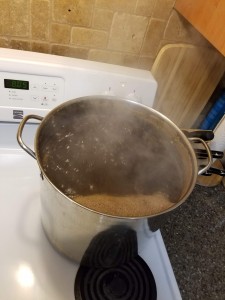 Papazian was right. Sometimes a batch of beer, like life, doesn’t go quite according to plan. But it tends to work out if you adapt, see it through. If you relax a little. I tell myself to direct my attention to things that are within my power to positively affect, and to believe that good will come of it. Spend more time with the kids, do my best to help everyone learn and grow (myself included), plan for the day when we can move the whole operation out into the sunshine of the backyard. And worry only so much as to safely get through the weeks to come, and no more than necessary.

When there’s time, I’ll make a batch of homebrew just because I can, whether or not it’s looking like I’m going to need it.

The Ed McNally of Edmonton might be Neil Herbst, but one of Herbst’s great regrets is that he never got the chance to sit down with [the late founder of Big Rock Brewery, Alberta’s biggest craft brewery to this day] and have a beer.

“I wish I had,” he told me over a pint of double IPA one chilly fall day at Alley Kat Brewing Company, Edmonton’s oldest operating craft brewery. “It was one of those things that we never got around to. Which is too bad. We didn’t have a whole lot to do with them, oddly,” he added of Big Rock.

But then, who had the time?

In 1995, as Big Rock was moving to a new facility and soon to go public, Alley Kat was just opening in a business park in south Edmonton, a few blocks from the massive Labatt brewery. It was just Herbst and his business partner at the time, Richard Cholon, trying to fill what they saw as a gap. Craft was not new to Edmonton back then, but it was unfamiliar to most drinkers and, because of that, shaky as a business model. It would remain that way for nearly two decades to come, with Alley Kat outliving other local craft breweries who’d come and go.

“We thought there was room in the market,” said Herbst. He’d taken a buyout from a job with the provincial government’s apprenticeship training division and hoped to parlay his experience as an award-winning homebrewer into something bigger.

Flanagan & Sons, which also operated on Edmonton’s south side, was then the only craft brewery in town as Herbst and his partner were formulating their plan.

“We had an assumption that we could do better,” he said.

Early signs indicated that taking a crack at smallbatch brewing might not be that hard after all. Meeting the minimum brewing capacity, for one thing, turned out to be a matter of mathematics involving the twenty-hectolitre system with which Alley Kat started out. Herbst recalled hearing that brewers in Calgary were often required by licensers at the Alberta Liquor Control Board to actually brew that minimum or better. In his dealings with the authorities, he merely needed to prove that it could be done if they did so many brews each week.

“They were pretty easy going on it,” he said. “We fit the provincial requirements.” But as far as actually making and selling 500,000 litres of beer in twelve months, “it took us years to get there.”

That was not exactly what they expected.

“In our business plan, we were shovelling the money in after about six months,” said Herbst with a laugh. “In part, we didn’t really know the market we were getting into.”

He and Cholon had looked at the thriving microbrewery scene along the American West Coast and British Columbia when they got down to committing their ambitions to paper. “We assumed the uptake would be the same here. What we didn’t realize is that Alberta didn’t get as much of its influence from the West Coast as it did Central Canada.”

Central Canada, of course, was the birthplace of the likes of Molson and Labatt, both of which were kept busy in Edmonton with the relentless task of meeting the demand for easy-drinking lagers. Herbst recalled Alley Kat’s first hop-forward offering, its flagship Full Moon Pale Ale, was originally brewed on contract for a now-defunct Edmonton brewpub called Taps. He and Cholon liked it so much they decided to brew it for themselves as well. But their appreciation for it was not widely shared. “When we came out with Full Moon, it was 35 ibus [International Bittering Units] and people were like, ‘Oh, that’s . . .’” Instead of finishing the sentence, Herbst made a face as if he’d just smelled something bad. To compare, a bottle of Labatt’s Blue doesn’t crack 10 IBUs.

Even a tame wheat beer that was among Alley Kat’s early offerings was at times met with consternation or confusion. “We thought people would understand what it was but often we’d get it back,” said Herbst. “People would say it’s cloudy, there’s something wrong with it. It was a bit of a slog.”

As a result, the brewery took on the role of both educator and heretic. “When we started off, we assumed that if you brewed it, people would buy it. You realize that, no, you have to go out and sell it. You have to educate people and you have to make sure your beer is top notch.”

For about three years after it started, Alley Kat made no money, Herbst said. Around that time, his wife, Kathleen, bought out Cholon. She put her MBA to work on business-building while Herbst kept the tanks full. “We figured out how to exist in that sort of market, at relatively low volumes. It’s not like we were packing mattresses full of cash. It was not super profitable. But we could make a living at it.”