At Home with Robert Amos

My name is Robert Amos. I am an artist, and the official biographer of painter E. J. Hughes.

Hughes, of Shawnigan Lake and Duncan, is next to Emily Carr the most famous artist of this half of Canada. His realist paintings are part of every major Canadian collection and sell at auction for millions of dollars. He was able to create his detailed and careful paintings because he was a recluse. Other than the public shape of his career, little was known about him.

From 1977 until his death in 2007, Hughes was assisted by Mrs. Pat Salmon, who he referred to as his “friend, biographer and chauffeur”. Salmon assiduously collected material for a biography she hoped to write, but unfortunately was unable to accomplish that due to old age and ill health. In 2010 she asked if I would become Hughes’s biographer. When I agreed she passed on to me the unique archive she had created. 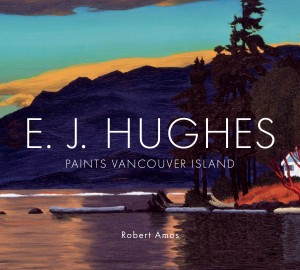 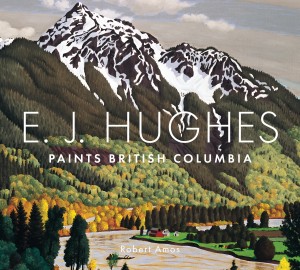 Hughes was the first, longest serving, and most productive War Artist of the Canadian Army in the Second World War. He served at Esquimalt, Vancouver, Ottawa, the south of England, and on Kiska, the westernmost of the Aleutian Islands. He never came under fire, but his observations of life in wartime are brilliant. Salmon provided me with his wartime letters, and photographs of much of his work as a Canadian War Artist.

Last September I visited the Canadian War Museum in Ottawa, which preserves more than 650 of his war records, most of which have never been shown. When I returned to Victoria I had a wonderful surprise. After Hughes’s death in 2007 the Estate put the contents of Hughes’s home into storage. And now, boxes of photos, uniforms, art supplies, and notebooks suddenly appeared, providing terrific context to help me tell the story.

Hughes and his wife Fern lived under a cloud of high anxiety during his seven years as a war artist. Perhaps the uncertainty we are all now feeling will help me better understand what they went through from 1939 to 1946.

There is more. Just before the winter break in 2019, Taryn Boyd of TouchWood reminded me of another Hughes book I had proposed. This was to be a gorgeous picture book, a sort of “children’s book for adults.” It would be shorter than the others, with fewer words and bigger images. And it would be all about his most popular subject—boats! His portrayals of the C. P. “Princess” coastal steamships are iconic, but everything that floated—rowboats, fishing boats, BC ferries—caught his eye.

So I gave over the Christmas season and January to put together The E. J. Hughes Book of Boats, eighty pages of unforgettable paintings of our coast, in large format and with limited text. Each of the paintings is matched with his legendary drawings and newly discovered photos drawn from his private albums.

I’ve had lots of experience working with the TouchWood staff from home and even in these times we’ve gone forward without a hitch. We are now at work on what I hope will be the best-loved book of next season and, with a bit of luck, we’ll all be sharing The E. J. Hughes Book of Boats in Fall 2020.

ME AND WHAT I AM DOING

When “social distancing” became the new normal, suddenly I found that within a week my Thursday lectures on art history were cancelled, Mt. St. Mary Hospital was no longer open for my Friday art-class volunteering, and my Saturday morning painting group in my studio would no longer be held. This open calendar gave me time to get on with things I’d put aside in my studio. 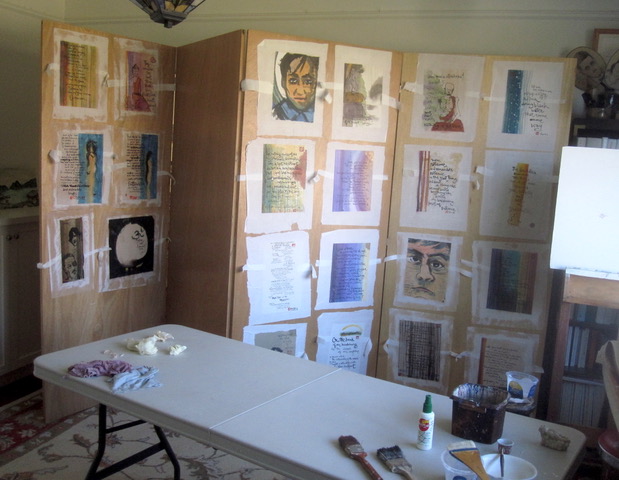 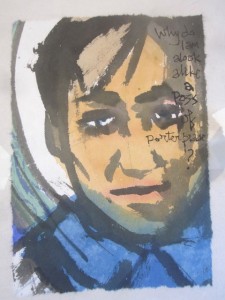 I have spent forty years studying Finnegans Wake by James Joyce, an infamously difficult but highly amusing book. I like to write out chosen passages with Chinese brush and ink, on papers I’ve coloured and decorated. These pages pile up over the years, but eventually they must be pasted onto more sheets of paper, to give a wrinkle-free surface. Only when they are laid down in this way can I really see the subtleties of the ink and colour washes. In the accompanying photo of my studio, lots of pages are pasted onto wooden panels. When they are dry, I run a spatula under the edges and they pop off with a satisfying snap! When trimmed to their final shape, they are pages of a unique and richly illustrated book.

This piece, from page 108 in my copy of Finnegans Wake, contains an unforgettable phrase about patience.

When I am not in my studio I can usually be found at the bottom of the garden digging or in the kitchen as my wife’s prep cook. We live in Oak Bay, which has for its motto “Sub Quercu Felicitas”—Happiness Under the Oaks.