At Home with Grant Buday 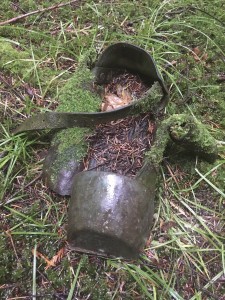 I’m Grant Buday, and this fall TouchWood will publish my new novel, Orphans of Empire. A walker by inclination, during this time of social distancing I’ve been spending even more time plodding Mayne Island’s forest trails and dirt roads. This includes doing a bit of bushwhacking in search of those spots most conducive to admiring nature from the ground on up to the treetops. Not to mention the occasional discovery of an abandoned pick-up buried bumper-deep in moss, with trees sprouting from the trunk, and a single deep-sea diving boot I found on an old logging road.

I like that many of the trees around me were alive in the late 1800s when the characters in my novel, Orphans of Empire, were going about their business right here on the coast, in Victoria, New Westminster, and what would become Vancouver. 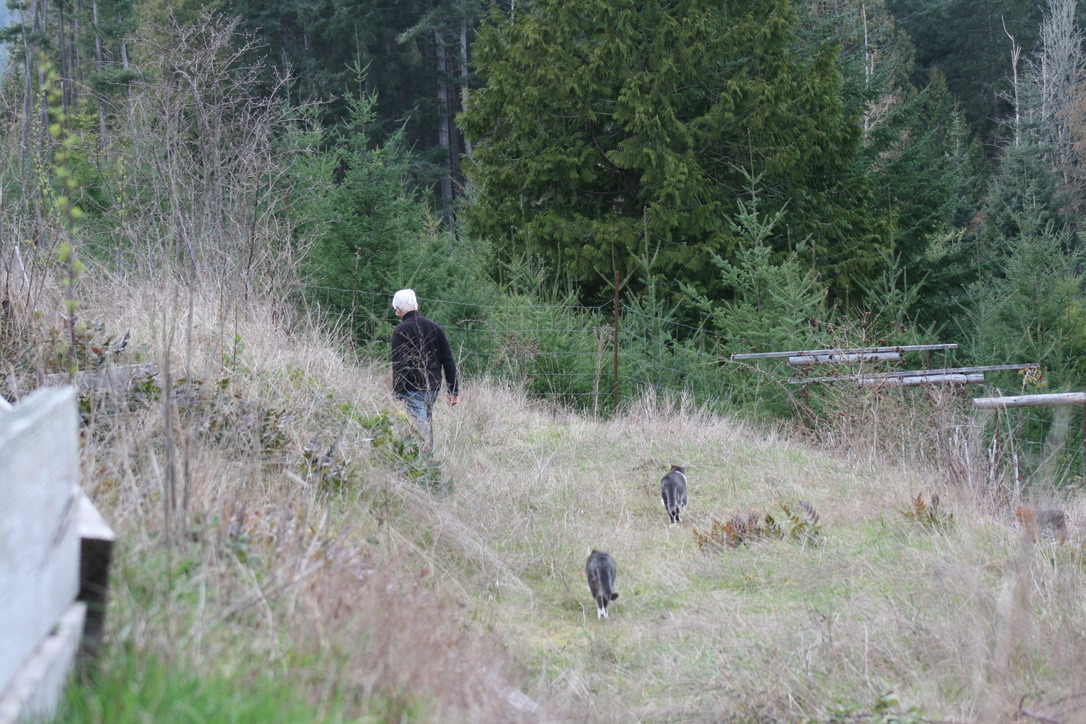 She laughed at him and it was all she could do to keep from catching his hand and skipping as they mounted the wobbly deck that overlooked the sea. There was a broken window, a sagging eavestrough, garlands of reddish lichen, a brimming rain barrel busy with bugs. The words New Brighton Hotel had been burned into a plank of yellow cedar suspended above an open door.

“Who could not fall in love with a place that has the words new and bright in its name?”

Maxie, for one. He glowered at her and she laughed at him, and such was her joy that he felt bad and saw himself from her perspective and was bewildered as to why he was so sour—had he become old before his time, set in his ways and fearful of change?—and did his best to wrestle his mood into shape. Rolling his shoulders, straightening his coat, he stepped to the door and in a big voice called, “Hocking.” There was a silence during which Maxie was all too eager to turn and leave.

“Michaud. At last. I knew you would come.”

Frisadie whispered, “You know him?”

He muttered that indeed he did. Exhaling like a convicted man entering the cell he’d be occupying for years to come, he stepped into the gloom that was slashed by shards of light that pierced the gaps in the log walls. Frisadie followed.

“Where are you hiding?”

They looked up to discover a man crouched on a rafter. He appeared to be naked but for a loincloth and a feathered cape.

“You have been smoking the hashish,” said Maxie. “I thought you quit that decadent habit.”

“I believe I have unfurled the rose, petal by petal, and reached the inmost bud. And for your information, I can smell the gin on you from here.”

Ignoring that, Maxie said, “Hocking, this is my friend Frisadie, who believes we should buy your establishment. I suspect that, like you, she is not of sound mind.”

“Ever the skeptic, Michaud. You want vision.”

“Plus funds and luck and much else,” added Maxie, as if his life were a testament to fruitless labour.

Hocking hugged his knees and rested his chin upon his arms and said, “As contradictory as ever, Michaud. The sullen sprite. Master of misery—”

“Hocking,” Maxie growled. “Come down. You are not a pigeon.”

“And yet those Grelleys are vultures,” warned Hocking. “They feed on your soul like the eagle sent by Zeus to feed each day on the liver of Prometheus.”

“Exactly what I’ve been telling him, sir,” said Frisadie.

“Then you are wise as well as beautiful.”

“Five years and this place is already ruined,” said Maxie, staring about in disgust. “What have you been doing? How have you let it get into such a state?”

“Perhaps if you’d come in as my partner as I’d asked it would have turned out differently,” said Hocking. He did not sound bitter but philosophical.

“The time was not right,” grumbled Maxie.

“Ah, timing,” said Hocking as if he had much to say upon the topic.

As Frisadie’s eyes adjusted she saw that the hotel was indeed in a state. There was a general decrepitude, as well as debris and branches and shells and overturned furniture in a corridor leading to rooms whose doors were off their hinges.

“What have you been doing?” Maxie demanded. “Or rather not doing?”

“That is difficult to say. I am a bewonderment even unto mineself.”