At Home with Cathy Converse

My name is Cathy Converse and my passion is writing historical biographies focusing on the stories and lives of British Columbia women. In my former life I was the department chair of social sciences and faculty member in the department of sociology at Camosun College. Teaching, working with my students, and learning alongside them as they explored new ways of looking at the world was an extraordinary experience. I sadly had to retire early due to complications from a childhood illness. Writing was part of my job, although much of it was academic in content. It was when my daughter came home from high school with an assignment to write a paper about women in British Columbia and we found little information that I took up my pen and wrote MainStays: Women Who Shaped BC. I have never looked back. I love writing, although I find it challenging. I am not a fast writer, sometimes I pull one word out at a time, but watching someone’s life unfurl before me and being able to share the stories of such remarkable people is immensely rewarding. 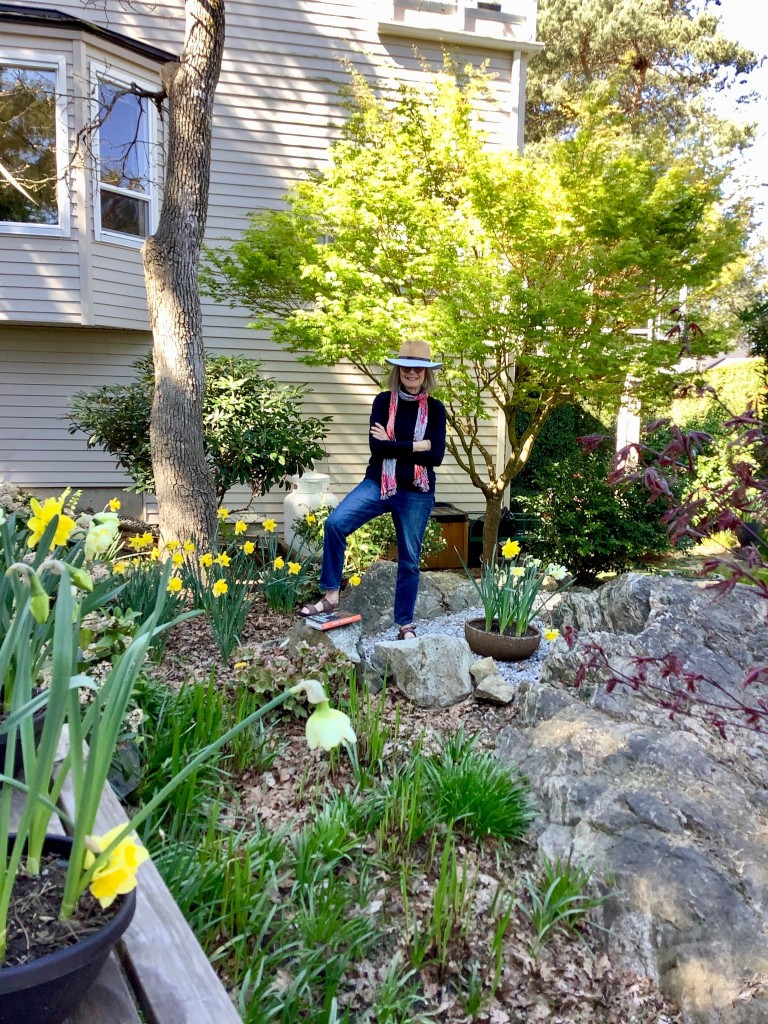 We are now into our second month of this pandemic and those of us who are of a certain age or immune compromised are in total lockdown. As a writer and as someone who has had the privilege of spending years in a sailboat cruising up and down this coast for months on end, I have spent many years in semi-isolation, so I should be used to it. I have been here before. In the early 1950s during the polio epidemic, I spent six months in hospital separated from all but the white-masked nurses who bustled around us and wards filled with children walled inside large, intimidating iron lungs. I can cope, I tell myself. But we humans are social creatures and as much as we may interact with our families, friends, clients, and colleagues online, attend virtual parties, or support each other through cute emojis and virtual assurances, it is just not the same. We are simply not wired for isolation.

So, what am I doing with my time? I am not baking bread. In light of the difficulty obtaining flour I threw out my very needy sourdough starter. It was beginning to remind me of those annoying Tamagotchi digital pets that require constant attention. A significant amount of my time seems to be taken up trying to get basic products into my home as I have to do everything online. I am in complete awe and so grateful for all of those local shop owners and delivery people who have, at great risk to themselves, stepped up to the challenge to make sure we can receive the items we need.

When I am not busy wandering the labyrinthine halls of uncertainty, I write course material for my grandchildren. We are currently working on plastic in the ocean—the words horrifying and tragic best describe what we are learning. I am also beginning a blog about the background sailing trip I took for writing my book Following the Curve of Time, as well as researching the lives of a number of people buried in Ross Bay Cemetery in Victoria who played a part in Agnes Deans Cameron’s life. She was the subject of my book Against the Current: The Remarkable Life of Agnes Deans Cameron. The end result will be a walking tour scheduled by the Old Cemeteries Society at Ross Bay Cemetery in August. That should be fun. 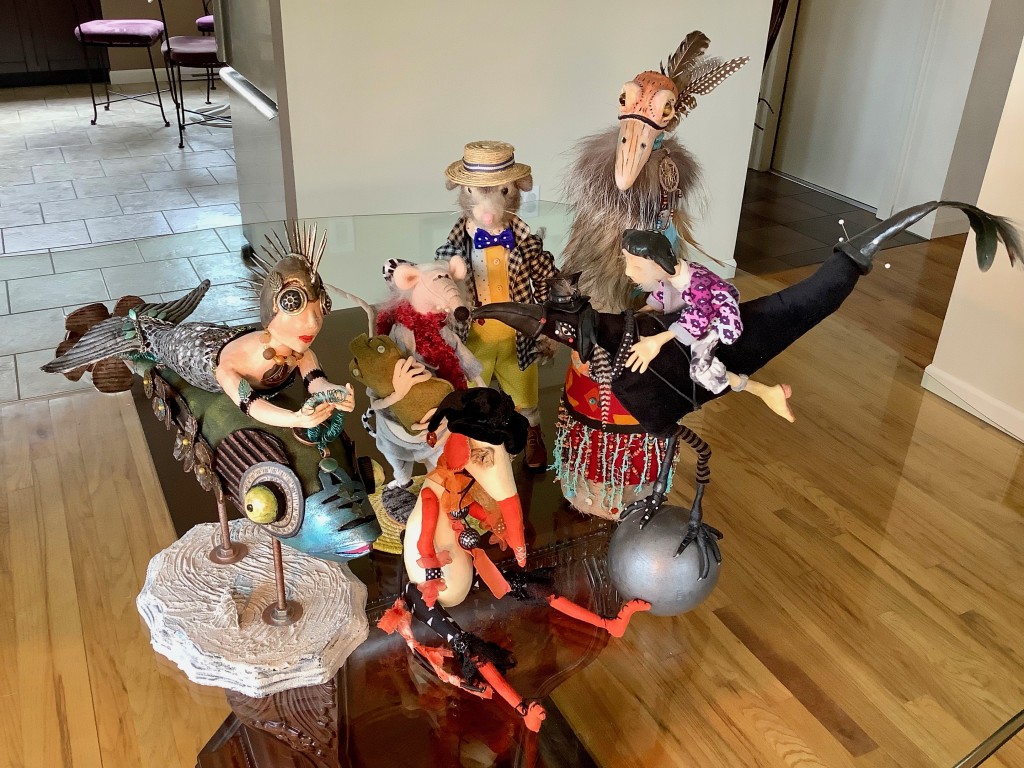 When I need to give my brain a rest from moving words around on a page I slide my chair over to the other side of my office, which is piled high with fabric, thread, sewing boxes, and patterns that I use to craft mermaids, rats, fish, and other critters. I have been sewing most of my life, but I took up my current hobby of sewing art dolls about three books ago. I find a change in perspectives from time to time beneficial.

As we are surrounded by a pandemic I thought I would share with you an excerpt from Against the Current about the smallpox epidemic that took hold in Victoria in the spring and summer of 1892. There have been pandemics in the past and most likely will be in the future, but I hope that we have been able to pause a bit and think about how we want our future to look, both structurally and personally. In the meantime, read, read, read and please support your local bookstores. They are there for us. I know, because my own stack of to-reads is getting higher. So, when it all gets a bit unwieldly, pick up a book by your favourite author and enjoy the journey.

Excerpted: Against the Current 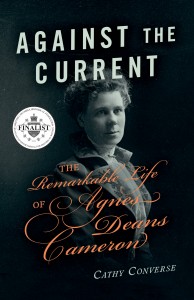 On Saturday, May 28, 1892, a resident of the city visited his doctor thinking he had the flu. His symptoms were vague—a fever, headache, and extreme fatigue. Dr. Helmcken sent him to the Royal Jubilee Hospital to be treated for a bladder complaint. Dr. Richardson, the hospital doctor who conducted the man’s examination, recognized his symptoms as smallpox, a highly infectious disease. The virus has an incubation period of seventeen days; the patient had unknowingly become a conduit for the beginning of an epidemic in the city. The source of the disease was most likely a stevedore working cargo on a ship at a wharf in Vancouver. While the city had been down this route before, potential epidemics were mostly dealt with on an ad hoc basis. There was no social policy on infectious diseases at the time. Vancouver had been lobbying for a contagious disease hospital on Deadman’s Island and Victoria had the Albert Head quarantine station, but this was not in operation at the time. Until they could get it up and running, smallpox victims were turned away from the hospital and sent home. Those who had the disease, and everyone in their house, were to be quarantined. To ensure compliance, guards were posted at the entrances to the houses. Clothing and bedding and anything else that had been touched by victims were either burned or soaked in chloride of mercury and then boiled. A second case of smallpox had appeared during the first week of June and then another on the fourth of July. By the twelfth of July there were forty-eight cases throughout Victoria. Fortunately, the school children were on their summer break; otherwise the rate of infection could have been much higher. This was the second time fear of an epidemic had gripped the community within a few years. When the epidemic died down the government established a Royal Commission to consider measures that could be taken to prevent the spread of disease and to prevent further outbreaks in the future.